I’ve got a study where the protocol collects two separate T1w images in a session, one of which is non-normalized. The non-normalized image contains much poorer contrast, and while fmriprep will merge multiple T1w anatomicals using Freesufer’s mri_robust_template, my worry is that this merging will aversely affect the quality of the new image. To prevent this, I have not converted the non-normalized image to BIDS, so only the better contrast T1w image is used in fmriprep. Is this an appropriate approach, or should I be converting both to BIDS and having them merge?

For reference, here are snapshots of the images: 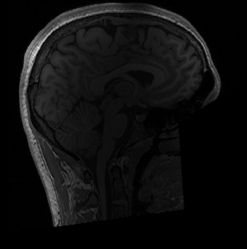 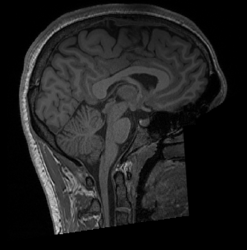 It seems to me that there’s only one acquisition and you have access to the data corrected with some method built-in in the scanner or the original data. If that is the case, you shouldn’t use both. Since the scanner might have some tweaking, you probably want to use the corrected one.

That will not be the case if, at some point, fMRIPrep includes B1 correction - in that scenario you will want to pass the uncorrected image so that the B1 field can be estimated.