I have a question about the QC for this alignment part. Is it ok to have a large part of the functional signals outside of the grey matter surface? Please see my red circle in the screenshot.

image1250×534 146 KB
I know that the functional and anatomical might not align together perfectly, and the signal outside of the surface line might be noise. But this misalignment varies across individuals (some more, some less), and I wonder if a result like the one I attached needs some fix. And if it does, do you have suggestions of improvement?

Have you inspected the anatomical image that corresponds to this? The first thing that comes to mind for me is that that isn’t brain tissue - its just csf. Its hard to tell but it also looks kind of like the top of the brain wasn’t acquired? Looks chopped off, which could be adding to the illusion or making it harder to register in general.

For the CSF point, I think this image from the AFNI group demonstrates things nicely. It looks like a poor match between anat and EPI, but its actually just a large amount of CSF at the top making the EPI a little misleading (which is ‘visible’ as dark on the T1). 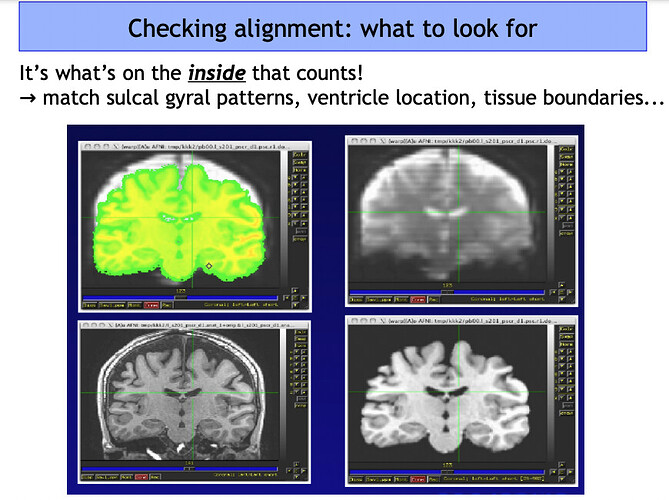 Hi! Thank you very much for the point. I do not have AFNI toolbox on my server, but I looked at the T1 and functional images in FSLeyes. Here’s what I found: 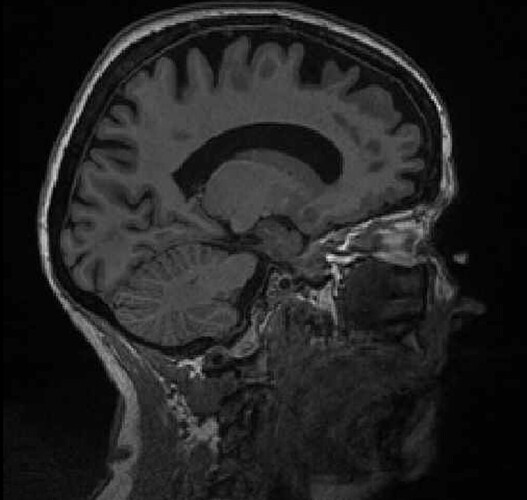 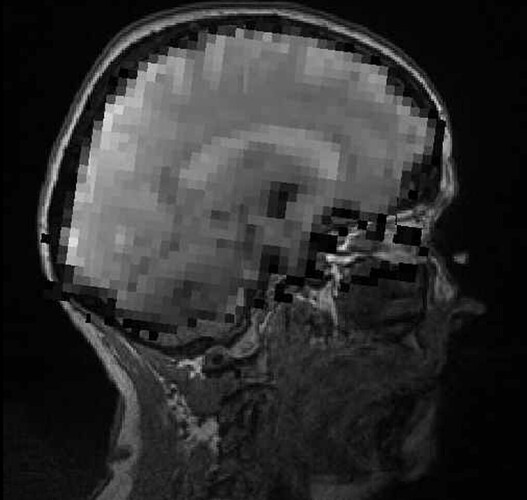 Therefore I did think the functional mask has included some CSF! Would this be an issue that I need to fix by re-running the fmriprep, or are they will be cutoff during registration? If I do need to fix it, do you have suggestions?

Thank you so much!
Meishan

I don’t use fmriprep so I am not sure about the specifics, but I don’t think this is a problem that needs to be fixed. In fact, it isn’t really a problem at all - the functional data has CSF in it, but it appears that fmriprep has placed the GM/WM boundaries correctly and aligned things as they should be. It would require more digging to be absolutely certain, but from what I have seen there isn’t an issue.