I have completed the preprocessing with fMRIPrep and now I’m working on SPM the 1st + 2nd level analysis. We are working on a basic contrast “sound vs no_sound” and in the 1st level analysis we obtain the expected result for all 10 subjects, similar to the screenshot that you see here below (subject 2): 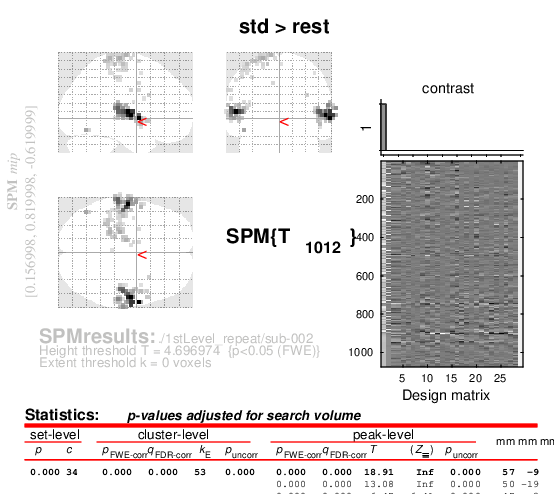 But, when we proceed to the 2nd level then the effect diminishes dramatically. 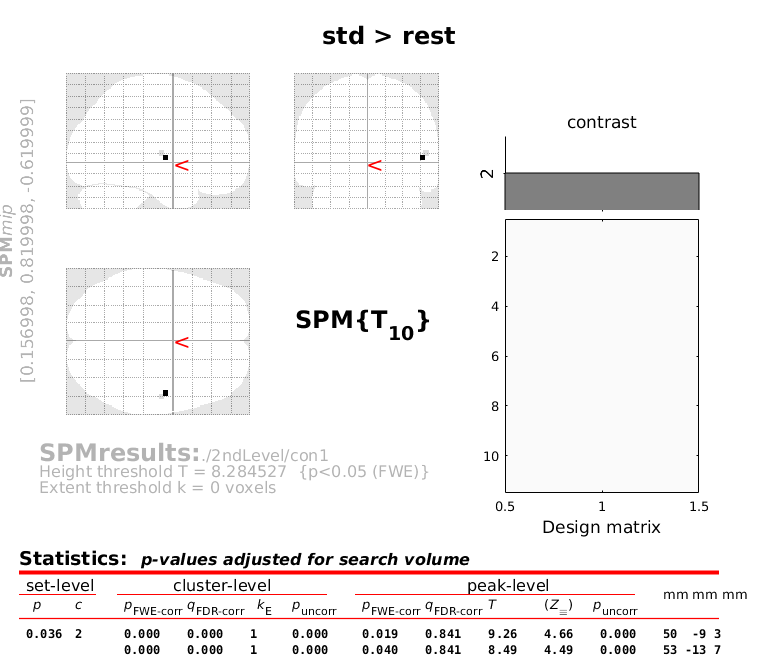 Do you have any idea on what may cause this?
Thank you for your time!

What fMRIPrep outputs are you using for your first-level analyses, and are you performing any smoothing?

Thank you for your reply.

We are not using smoothing. I presume from your question that smoothing is necessary for 2nd level analysis. Is there a possibility to apply smoothing now?

Template normalization is only an approximation of inter-subject alignment. If you look at the T1w-MNI normalization reports in fMRIPrep, you’ll see the sulci and gyri do not perfectly align. To account for this, (as well as the fact that individuals’ anatomical regions almost certainly don’t have a 1-1 correspondence that respects cortical topology) spatial smoothing is pretty standard prior to statistical analyses.

Thank you for the explanation.

Indeed SPM has a capability of smoothing and that’s what I tried out after you response. Specifically, I used the o/p from fMRIPrep (func/sub-001_task-slac_acq-TR2000_space-MNI152NLin2009cAsym_desc-preproc_bold.nii) as input file for the smoothing in SPM. This produced the file: ssub-001_task-slac_acq-TR2000_space-MNI152NLin2009cAsym_desc-preproc_bold.nii. Then, I followed the same procedure for the 1st + 2nd level analysis and I obtained a different result as you can see in the picture here below: 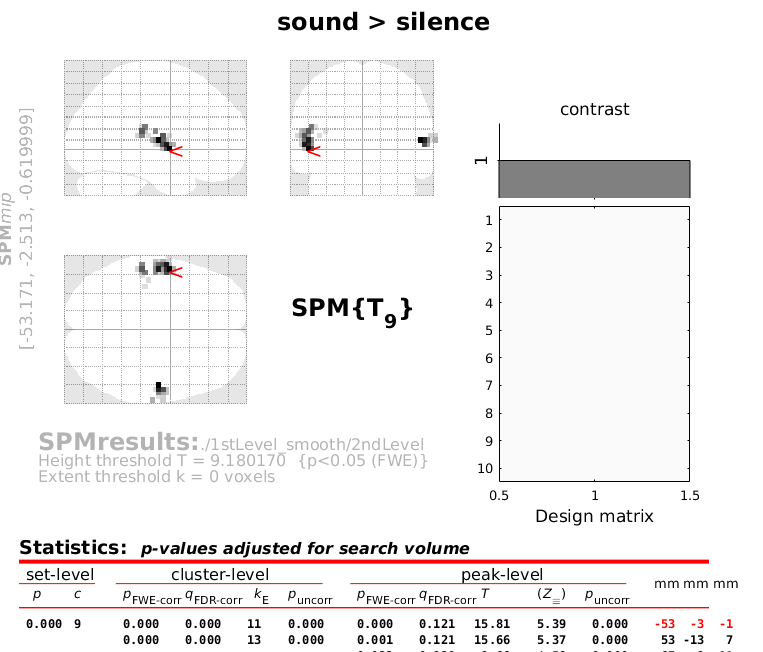 Do you think this routine is fine?

Thank you for your time,
Vera

This looks like a reasonable contrast for sound > silence to me.

Hi Chris,
Thank you for your advices