I’m attempting to build an fMRI prep image on my university’s HPC cluster and have been unsuccessful so far. Our HPC is compatible with Singularity, but not with Docker … so far I’ve tried following instructions in the docs: Running fMRIPrep via Singularity containers — fmriprep version documentation

Am I missing a step? Any help would be greatly appreciated!

In the few instances where this has happened to me, it’s because the singularity image is being cached in a directory (usually $HOME) where the image size exceeds a file size limit. I have it cache somewhere (like scratch space), where these memory and/or file size limits aren’t an issue. You could try something like: 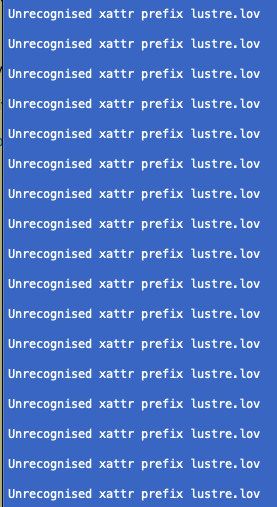 For what it’s worth, this is a different error than I received when running the Singularity build in the $HOME directory (without offsetting w/ temp directories). I’m not seeing any super relevant troubleshooting to this error online, any guidance you have would be appreciated

Which Singularity version are you using? And do you happen to know whether the overlayfs feature of Singularity is supported on your HPC?

I don’t know off hand but I could definitely find out if you think it would be worthwhile!

Perhaps, but regardless, it would probably be a good idea to reach out to one of your HPC sys admins to see if they have a solution. I’ve haven’t seen that error message myself

My colleague landed on the same error so it’s possible it’s an error related to our HPC cluster specifically. I appreciate your help on this!

One thing you can try is building the .simg on a different system and copying it to your HPC.

Thanks Chris, these are both helpful directions! I’m thinking building a local image and copying it to the HPC may be the most effective means of getting up and running, really appreciate your help