I have successfully used fmriprep with RPE images for SDC.
Is there a preferred way to do SDC?
After reading Abreu R, Duarte JV (2021) Quantitative Assessment of the Impact of Geometric Distortions and Their Correction on fMRI Data Analyses. Front Neurosci 15: 642808.
it seems like phasediff field maps should be preferred (at least for geometric distortion). However, it seems to me like only pepolar correction offers to opportunity to correctly restore intensity values in areas of pileup.

I see that fmriprep has prioritized pepolar correction. Is there a reference paper that explains this choice?

I did look at Rationale for SDC method priority in fMRIPrep - #2 by effigies, but wondered if there might be some newer thoughts/references?

While there is technically a priority, in practicality it is barely (if ever) relevant. Most BOLD images are acquired with at most one kind of accompanying fmap. Although, it would have been really great if that paper also looked at the SyN fieldmap-less approach, whose success is dependent on a good func-to-T1 registration. There is an interesting paper showing that SyN registration had advantages over dedicated fmaps for DWI images; to my knowledge there hasn’t been a similar study for BOLD.

It is also worth mentioning that as of 21.0.0+, fMRIPrep changed pepolar methods to incorporate TOPUP, which should outperform the algorithm that was previously used.

In practicality, just collect any fieldmap and it should benefit you (with only marginal tradeoffs depending on type), and know that fMRIPrep will choose the right SDC method based on your acquisition.

Thank you for the feedback! I downloaded the article you suggested. Actually, for us 21.0.0 broke everything if there was an RPE image in the fmap directory for the DWI data. 21.0.1 appears to have fixed that problem!

We do have this preprint that compares the methods for a case study where we draw similar conclusions. 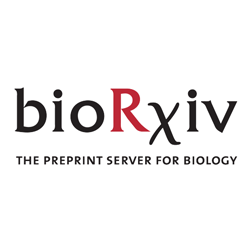 EPI Distortion Correction is Easy and Useful, and You Should Use It: A case...

Task, resting state, and diffusion MRI data are usually acquired from subjects using echo-planar based imaging techniques. These techniques are highly susceptible to B homogeneity effects that result in geometric distortions in the reconstructed...

Wonderful, I appreciate that!