We have a subject that is running into an issue when running through preprocessing using fmriprep 1.3.2.
The resulting output of one of the task shows that the distortion correction did not run correctly. it looks like the resulting image is offset. We have reran this subject a few times through fmriprep (usually this fixes the issue when encountered on other subjects), but the results are the same.

Any advice on what to try next?

In case it helps: the affected runs (scans) vary across fmriprep runs (starting with the same images/settings/container/etc.). 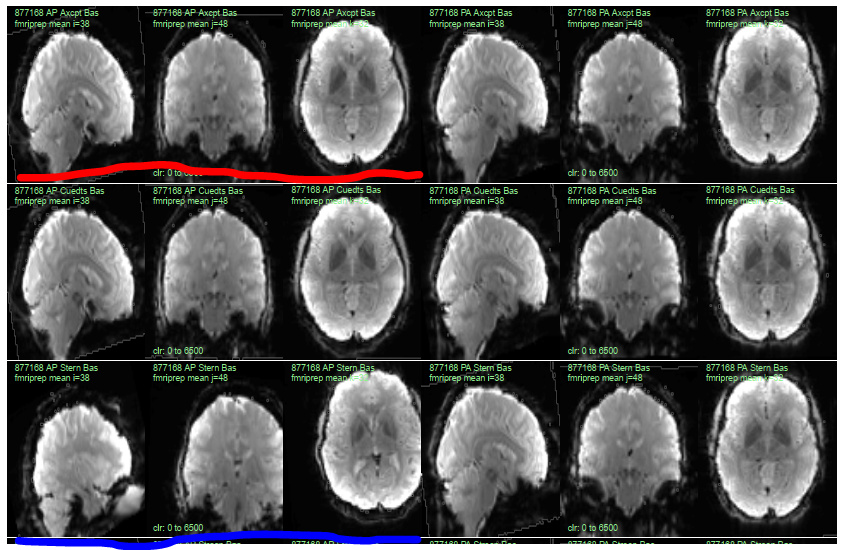 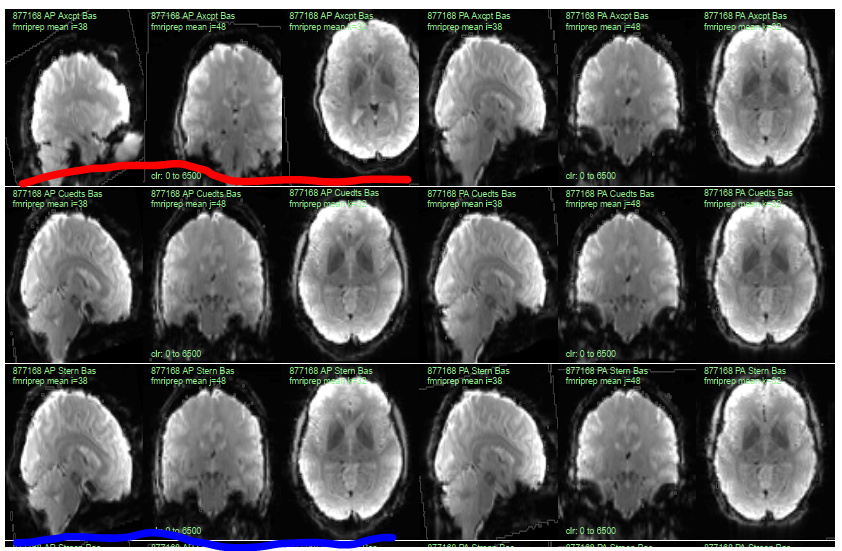 The runs marked with red and blue switch from proper alignment to offset, while the other runs are correct in both instances. There doesn’t seem to be anything unusual about this participant or the affected runs (movement, signal quality, etc. all typical), or any way to predict these failures.