In some of my patients I am running into the weird problem that the framewise displacement and carpet plot shows high peaks that seem to be artifacts of movement. However, I noticed that this only happens when I used fslmerge to combine volumes that have been split within the conversion of DICOM to nifty (using dcm2bids). This means that not in all patients, a 4D volume was created, but sometimes was split in 160 nifty files. I used fslmerge to combine these volumes (option -t for combining them in time). However, it seems that the conversion may be corrupted in some way? Because we see the same artifacts in the patients whose 4D EPI has been split and merged. If I use dcm2niix instead of dcm2bids, the same problem arises, so it may not be the problem of the nifty conversion. I attached the fmriprep output accordingly. I am using fmriprep version 21.0.1. All files are in the right map and fmriprep uses the right folders/data. Did anyone of you ever encounter this problem? 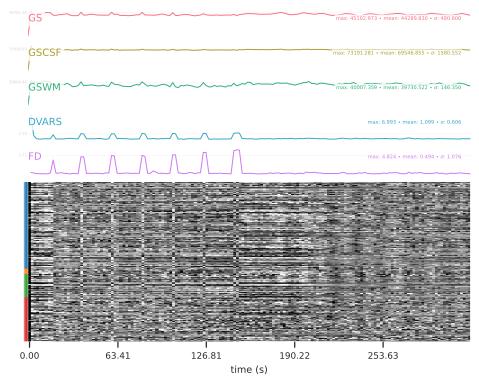 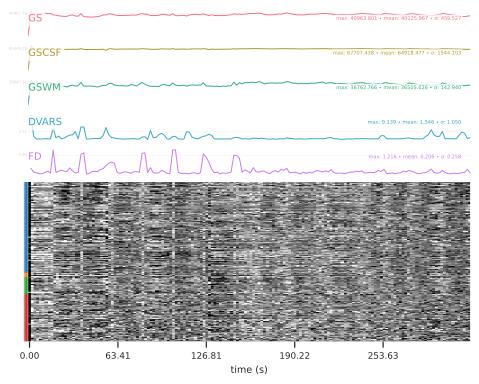 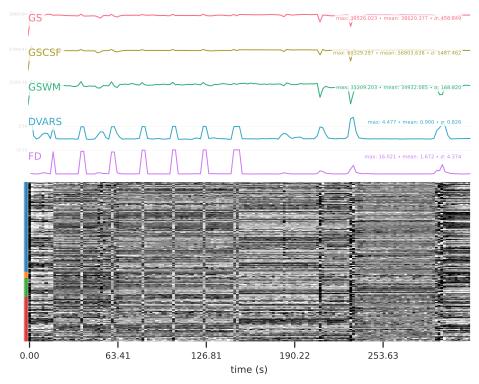 When you look at the raw fslmerged files do you notice anything strange at the merged volume boundaries? I am also curious if you would be able to debug why dcm2bids splits some participant’s volumes. Perhaps your config file is too strict with naming conventions, and putting some wildcard (*) characters would make sure all dicoms for an image are included in the same nifti. You can also try a similar software like BIDScoin to do your dcm–>bids conversions.

If you scroll in a DICOM viewer through the original DICOM files, are you able to notice these mouvements between frames? If not, it is indeed likely a bug in the conversion/preprocessing chain as you suspect.