Any feedback on whether this looks reasonable or not? 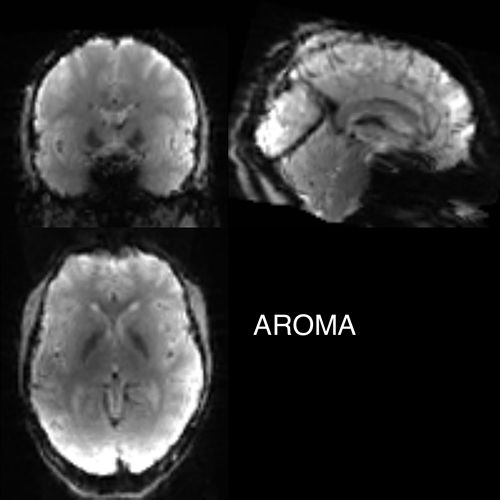 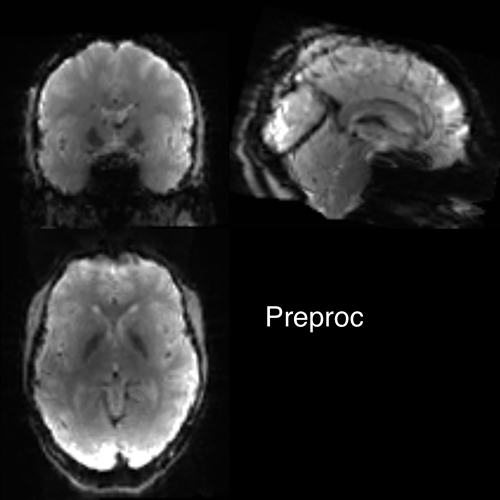 I noticed this before and think what you’re seeing is probably that the pre-steady state images aren’t smoothed. I’m guessing if you flip through the first handful of images, at some point they’ll be smoothed. You’ll just need to remove however many there are at the start prior to using for analyses - there’s a column in the tsv file which shows how many it will be for each scan (here I think it’ll be 2 since it was specified). It could be none which is why your lab member’s data may be smoothed from the start.

Thank you, but these frames are from the middle of the task (nothing looks smoothed).

I tried re-running preprocessing without dropping any dummy scans, and now i get idiosyncratic runs that are smoothed (ie the runs dot match across participants). not sure what to make of it, there wasn’t anything obviously different about these runs, eg in the the motion or ICA timeseries.

I might re-try my bids conversion, but I don’t know why it would run the denoising without errors when its not producing smoothed images.

Re-ran from scratch, still an issue.

Does anyone know if there a straightforward link between dummy scans & smoothing during AROMA, or a reason why only some runs would be smoothed? All of the runs I’ve looked at do have noise ICAs, but even if they didn’t I think you’d want the smoothing to be uniformly applied.