I am trying to get a dataset to pass BIDS validation, but am running into a couple of errors regarding the stimuli folder that I can’t seem to figure out. I am specifically understand why I don’t get the same errors when I validate another similarly structured dataset.

The errors (see below) seem to be a result of the names of files stored in the stimuli folder, however, validation passes on a separate dataset using very similar names. The main difference between the two sets is that I currently only have stimuli for one subject in the failing set (in both matlab and python) and multiple subjects in the passing set (in only matlab).

Hopefully someone has an idea of what is going on here so I can get all my datasets to pass validation? 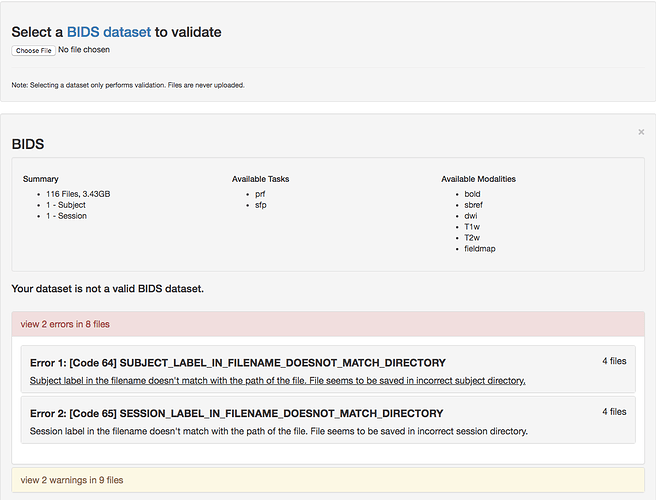 Could you click on the error boxes to show which files are causing problems (see Online BIDS Validator)? It’s hard to say much without it. 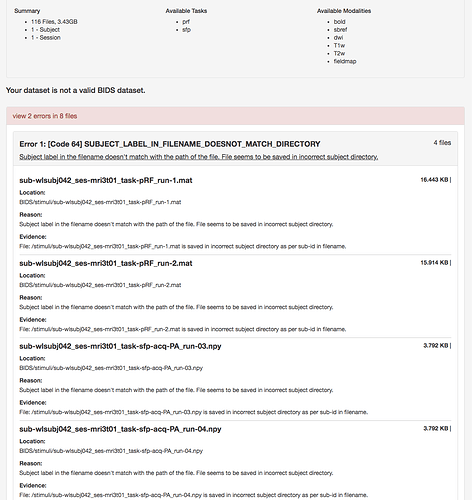 That resolved the issue entirely. I assume it’s just a bug then?

Yes - it’s just a bug! Thanks for testing!