Multimodal simulations from the last part of today's tutorial 1 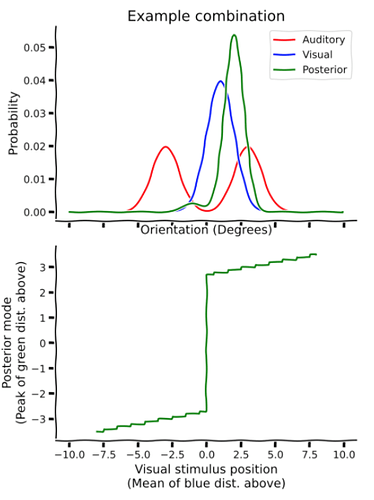 I have a question about the multimodal simulations from the last part of today’s tutorial 1.

Why is this happening? Why does posterior become greater/smaller than two prior peaks?

Now, if you set the mean of the likelihood at zero, the posterior will be in the middle of the two peaks.

For this exercise, I think the bimodal prior should be visual and the likelihood should be auditory, i.e. we can see two people, and hear one sound. Then use posterior to estimate the real position of the sound. Is this right? Thanks!