Naming for reformatted image in BIDS

We have a dataset where the the scanner saves a T1w scan, as well as a re-formatted version which seems to also have some scaling associated with it. dcm2niix reports the image as “DERIVED” and RawImage is set to False. How should we curate this image ? I could not find any guidance for this situation in the BIDS documentation. It is clearly not a “derived” image in the sense of a pipeline output, but it’s also not a different “run” or “acq”.

I would argue It is indeed a “derived” image in the same sense as what you would think of a pipeline output, only the “pipeline” is on the MRI scanner console instead of on your workstation. The Derived image means the scanner console took the original T1w acquisition and applied some pipeline/transformation/reorientation/etc to it and saved it as a separate image, just the same as if you had done it yourself with your own analytic pipeline.

@JarodRoland : you are absolutely right that it is a “derived” image. However, we don’t want to put it in the derived/ tree and were wondering if there is another construct in BIDS, even if technically incorrect about the origins of the image, that would allow us to curate it in the anat/ folder.

Do you know what the nature of the “reformatting” is? Motion-corrected T1w scans are generally saved with the rec entity (e.g., sub-X_rec-moco_T1w.nii.gz) when that correction happens at the scanner. I don’t have one on hand to check, but I imagine those are also labeled as “DERIVED”, with RawImage set to False.

Thanks @tsalo . I don’t think it is moco. There are different kinds of DERIVED image that are being produced by the scanner from the same acquisition. 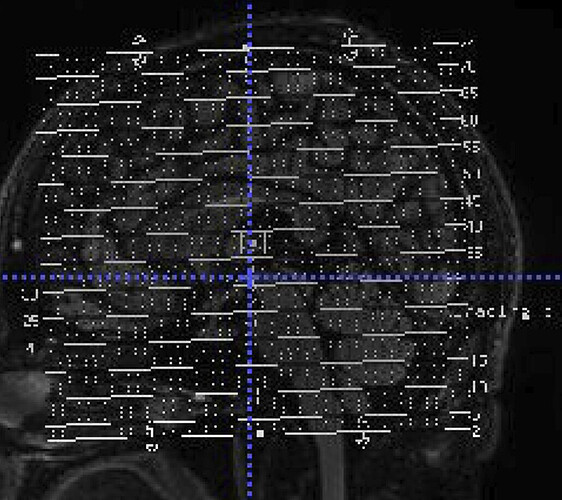 Unfortunately, I’m not familiar with GE scanners or their protocols, but I think that this transform is still probably something that falls under rec's purview. You could use some generic placeholder (e.g., rec-average) if you’re under a time crunch, but it might be helpful to share the GE protocol directly here. I probably won’t be able to glean anything useful from it, but hopefully someone more knowledgeable will be able to take a look.

It seems like the proc entity could be another option as well which I found in the Appendix.

proc is only applicable to MEG data. For MRI data, the equivalent would be rec. You can see what entities are applicable to each data type in Appendix IV or by looking at the filename templates in the associated sections of the main body of the specification (see Anatomical MRI).

I see. Thanks for pointing that out. I did see it talking about MEG, but didn’t realize it shouldn’t be used for MRI. Now I see it says “analogous” to “rec” in MRI.