Hello! I am new here. This looks like a nice forum.

I am trying to plot a brain scan from OpenNeuro.org, which I first visualized with an open-source software to see how it looked: 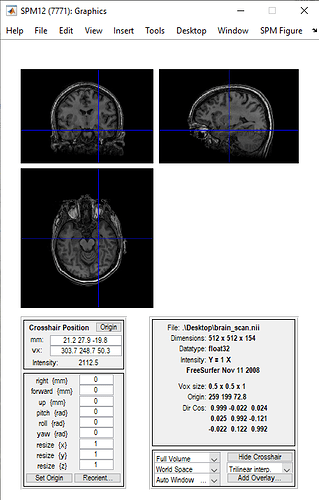 And I am allowed to interact with it, that is, move in the x, y and z-axis. The problem is that I am not allowed to that using NiLearn on Jupyter Notebook. The code I wrote is the following:

But by doing this, I am only getting a static image and I am not able to see the brain from inside. 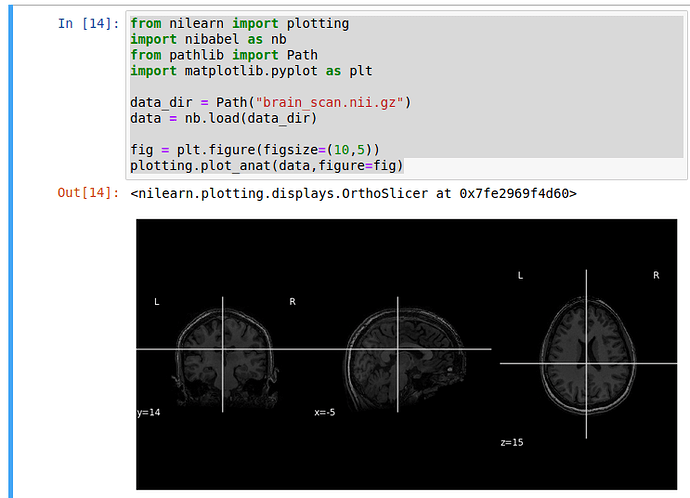 I also tried to add the ‘%matplotlib notebook’ command but I only get some commands below and still no interaction. Plus, the image is unscaled. 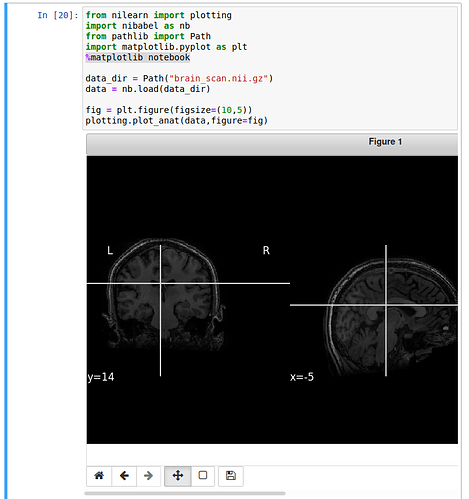 Any idea? Thanks in advance.

I’d recommend checking out the view_img function. You can try it in the docs to confirm it’d be useful for your needs.

Note, too, that nibabel comes with it’s own orthoview function. In which case, the code would look more like:

Hope that helps. One meta-note: you should be able to add tags on your posts (like nibabel or nilearn) which will make sure the developers are pinged directly ! I know I appreciate the pings

Thank you so much for the quick response!

Also, is there any way I can make the plot bigger? I tried ‘plt.figure(figsize=(10,5))’ but it’s not working for me… Thanks a lot!