I’ve been collecting data recently off our Siemens Prisma scanner, which automatically discards the first 8 “dummy” volumes. That being said, I’ve noticed that occasionally in the confounds files a volume or two is designated as a non-steady state volume. For a first level regression analysis, is it appropriate (or at least acceptable) to censor these volumes out, or is there a different method?

Censoring is one way. Another is adding the artefact regressors produced by FMRIPREP to your GLM. This will essentially remove any variance associated with those scans which could otherwise lead to false results.

Could you share pictures of example non-steady state and normal volumes detected by FMRIPREP in your data?

Sure, here are two that have visible differences. This image is volume 0, which fmriprep has labeled as non-steady state 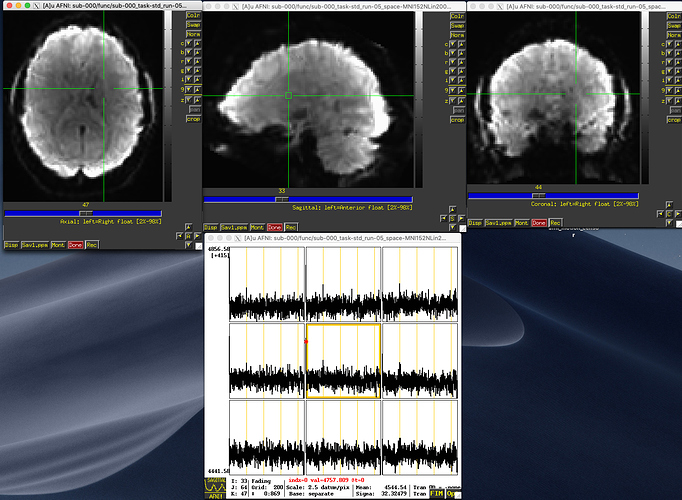 This image is volume 4, which is not labeled as non-steady state. 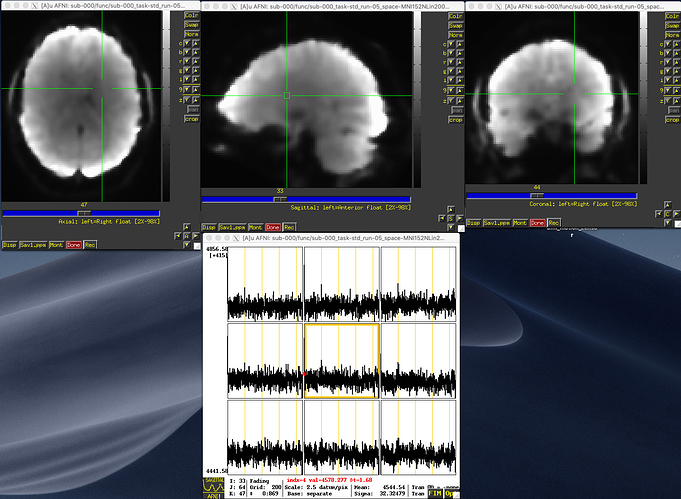 For what it’s worth, I loaded the sub-*_task-std_run-*_space-MNI152NLin2009cAsym_desc-preproc_bold.nii.gz file, but couldn’t make out any differences.

You would have to look at the raw (input data) and make sure that the intensity range is the same when comparing images.