Hi, I found some severe distortion, especially in the medial wall of the brain, when using fmriprep. The fmriprep version that I used is 1.0.0-rc2. The MRIQC version that I used is 0.9.8-1. I can only attach the MRIQC image in this post because new user only allows to post one image. I also tried my old way of preprocessing by spm8 with one-step normalization (EPI to EPI template provided by spm). It looks like there is less distortion by using spm8. However, the location of ventricle is less accurate by using spm8 than using fmriprep. I am not sure why there is a huge difference between preprocessing by spm and fmriprep. One possibility is that our TE is pretty low (22.2 ms), which is lower than most of the studies (30ms). It is likely the image contrast in our EPI is lower than other studies. Please let me know if there is any good suggestions about using fmriprep. Please also let me know if you guys need info because I can not post more than one image.

This is the image by using fmriprep. 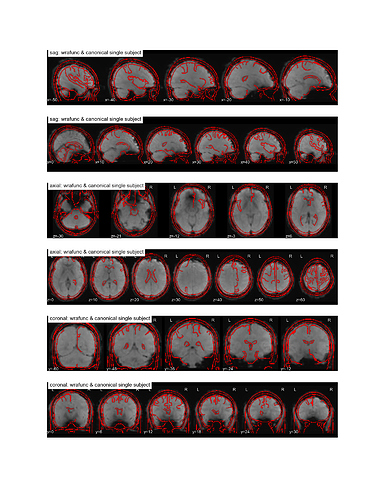 This is the image by using spm8. 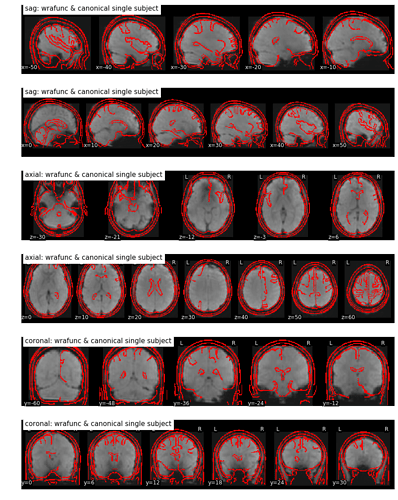 Thanks for bringing this up - could you share the full HTML report for this subject?

Definitely. Can I send the html to your email? Please email me which email should I send you. Thanks!

chrisgor@stanford.edu (please include the svg files if present)

Thanks for sending the reports. The distortions you are seeing in MRIQC are due to very rough registration that MRIQC is performing to calculate one of its metrics. It is not indicative of FMRIPREP performance since FMRIPREP uses other strategies.

Nonetheless I see that the bold-T1w coregistration in FMRIPREP reports is suboptimal. This is likely due to susceptibility distortions and low tissue contrast. There are few of things you could try (in order of most likely to work):

Please let us know what you found so we could make FMRIPREP better!

Just to add here that FMRIPREP 1.0.3 came out yesterday