When I play with this demo, I have some thoughts I may want to discuss with you.

The first phenomenon is interesting…

The second phenomenon shows that the real location is probably a reinforcement result of the two observations. Visual and audio perceptions could put together to make a more accurate judgment, and people could make a better prediction with two of these inputs - but the brain’s judgment “auditory distribution” is within a certain confidence level, anyway. This shows how the brain works.

BTW, I would expect the posterior integration to be 1, which should seem to be equivalent to other curves in area. 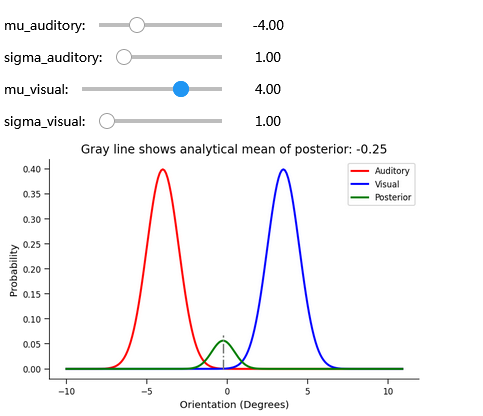 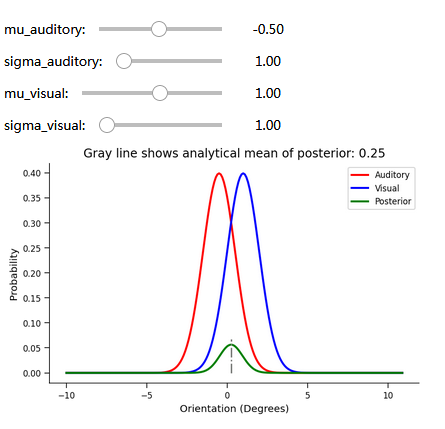 The widget uses your code for my_gaussian; are you sure everything’s okay there?

When I run it on the instructor version with the same parameters, I get this instead: 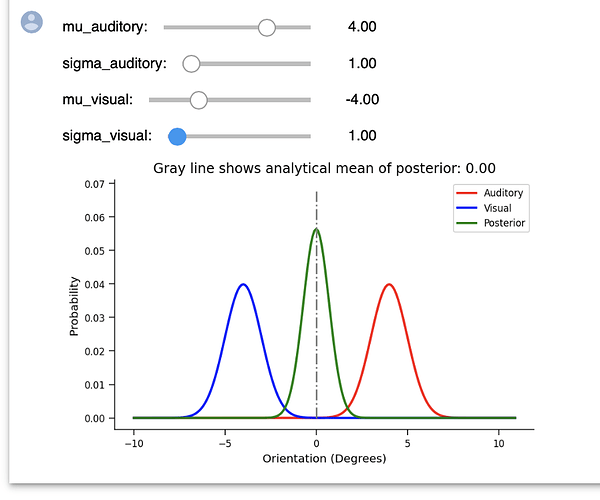 check if you normalised the posterior.

In the normalization, I didn’t use the method in the solution(which I don’t remember). I did an integration of the probability data * time_step_interval (which is 0.01 something).
There might be a problem. Thanks for reminding that the widget depends on my code…