I am trying to generate some ROIs masks to run an MVPA analysis. I have a localiser task to define the contrasts (faces > objects and objects > faces), and I was planning on using FSL to manually define the ROIs based on anatomical landmarks and activation peaks (I don’t want to use a spherical ROI because this cold affect the MVPA results). The problems with this approach are: 1) it is not very reproducible; 2) can capture activity outside of the areas; 3) I need to do it manually for many images.

So now my question is: do you know any brain atlas that I can use in combination with the peak activation to restrict the ROIs to the FFA (for faces) and LOC (for objects)?

I am also using ROI masks for MVPA analysis, but instead of a localizer task, I used retinotopic maps. I drew the masks manually following the paper from Abdollahi et al. 2014 (see below) and its references. I used freesurfer for that. Maybe you could try to visualize your maps on freesurfer and draw your ROIs from there (I guess you would need to run a recon-all on your anatomical images first).

Besides, if you run a recon-all on your data you will get a parcelated brain, which can help you with the localization of areas such as LOC and FFA.

In the last part of this tutorial, you have information of how to make masks. 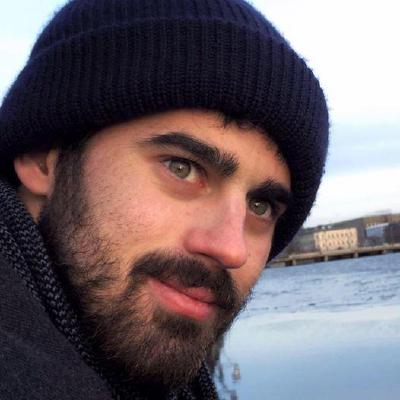 Contribute to davidbestue/Retinotopy development by creating an account on GitHub.

I hope it helps!

Thanks for the info!

The links you sent me look interesting, but they didn’t seem to mention FFA or LOC (sorry if I missed something, I just had a quick look from my phone since I am not home at the moment). I am also using retinotopic ROIs in my study (I used the benson atlas), and I already run recon-all on my subjects - but I also need to isolate other visual areas not included in these tools.

Does the freesurfer parcellation include these areas? And did I miss something from the link you sent me - or are they actually just about retinotopic (early visual) areas?

also, since you are running a similar analysis: what kind of preprocessing (if any) did you run on your data? I run fmriprep, but I am not sure about running any denoising after that to preserve the multi-voxel pattern.

The tutorial link indeed doesn’t mention these specific areas, I sent as an idea for creating the ROIs you specifically needed, based on an atlas (which you already used), for example.

For the visual cortex, the parcelation includes, indeed, early visual cortex and the other areas are generalized, but if you open rtview gui and load the annotation label (all labels from the parcelation process), it will suggest (in the gui) where LOC, in this case, is, as long as you place the cursor on the region. In my case (LO1 and LO2), I used this reference from freesurfer, my retinotopic maps and the reference that I sent before to manually draw the masks. When you draw and create the masks based on each subject, you automatically isolate the other regions you are not interested in. For the FFA, I guess it is possible to try a similar procedure.

I hope I didn’t confuse you. Just let me know if something is not clear =)

I used SPM for my analysis. As I am running all analysis in native space, I ran a slice-timing, realignment, coregistration and smoothing.
At some point in the beginning, I tried a GLM denoising (https://www.frontiersin.org/articles/10.3389/fnins.2013.00247/full) , but it didn’t really work well on my data.

But I think fmriprep has already a denoising step included in the pipeline.
(https://fmriprep.org/en/stable/outputs.html)
I haven’t really used fmriprep on any dataset yet, so I am not sure if this is an optional step.

You have been very clear, thanks for the ideas! I’ll try with the free surfer parcellation then.

I’ll give it a try as soon as I have my ROIs.