I’m currently trying to organize some of my datasets according to BIDS standards* and have a quick question about references to B0 inhomogeneity maps.
Can someone please confirm if having only one Siemens’ GRE_field_mapping image in the fmap folder [saved as *phasediff.nii.gz?] is enough for fmriprep to run field inhomogeneity correction? 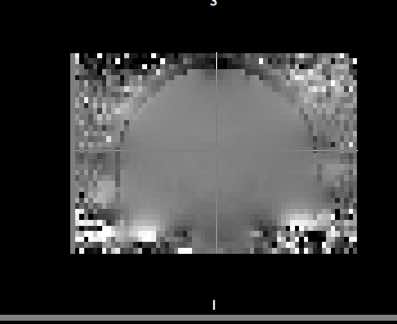 Many thanks in advance!

You will need at least one magnitude image in addition to the phasediff image. Have a look at section 8.9.1 of http://bids.neuroimaging.io/bids_spec1.0.2.pdf

The examples in the bids-examples repository do not include binary data. More details at https://github.com/INCF/BIDS-examples

Thanks Chris,
I believe one would need SWIs to derive magnitude images in my case, right? Don’t have it, unfortunately

I’m not sure. The magnitude image is essential to align the fieldmaps to the image you want to apply them to. The standard Siemens fieldmap sequence saves magnitude images (although they might be part of a 4D volume).

Hi,
I have encountered a similar issue and thought this might be a good place to seek help.

I have the information about the different TEs, which I included in the phasediff.json file, according to the specs,
and the output from Siemens (converted to .nii, 1 screenshot below, due to the limit of one picture), yet when trying to run fmriprep I got the following error-
“traits.trait_errors.TraitError: The trait ‘in_files’ of an IntraModalMergeInputSpec instance is an existing file name, but the path ‘/snapshot/data/sub-001/fmap/sub-001_magnitude2.nii.gz’ does not exist.”

Thanks in advance for your help!
Roni 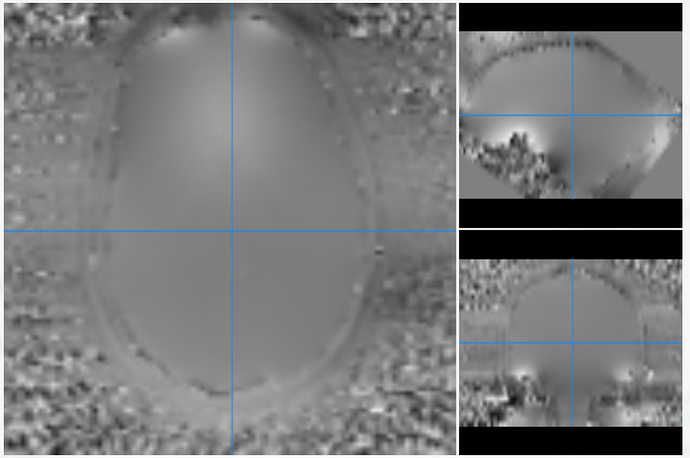 Did you also included a magnitude file?

BIDS allows having only one magnitude file, FMRIPREP only supports two. The issue describing this is here https://github.com/poldracklab/fmriprep/issues/709. It would be a great first time contribution - would you like to attempt it?

Yes, that is exactly what happened. Excuse me if I didn’t quite follow, but how may I contribute?

Have a look here: https://github.com/poldracklab/fmriprep/blob/master/CONTRIBUTING.md#contributing

We are also happy to take this fix on ourselves if you don’t have spare cycles at the moment.

This will be fixed with this bugfix: https://github.com/poldracklab/fmriprep/pull/802

So- what is the standard way to split these combined 4d series to magnitude and phasediff?
Going through the whole sequence, getting the indices (of changes from phase to magnitude) and splitting by them is the only way, or there is some shortcut for this?

@Chris_Rorden
Sorry for the newbie question, but-
When converting Siemens gre_field_mapping sequences to the nifti format by running dcm2niix, one finds:
_e1
_e1_eq_1

How does one should transform these to the magnitude and phase nii-s- which is which?
(Any documentation regarding these suffixes?)

I would suggest opening a new topic for this. It will give it more exposure and the potential solution might be easier to find for other users.

Has this issue been resolved?

We also sorted it out long ago.

Was this (fMRI Prepv1.2.5_distortion correction using GRE field map on ME data) the solution on your case, @brai ? Thanks.

Thanks, but our problem was rather “boring”- a bad naming scheme of Siemens:
“For Siemens users who get “_Eq” images: this occurs because Siemens scanners can generate the same series (0020,0011) and instance (0020,0013) number for the same slice acquired for two echoes.” (Prof. Rorden)

, together with some script handling duplicated data…

Anyhow- all the information is here:

Thanks for your answer. Regarding _eq: no missing dicoms, as far as I’ve checked*, but I’ve noticed a very weird behavior: the same Siemens fmap sequence (fm2d2r) was executed two times in the experiment. The number of dicoms in the executions are the same for all field maps series. For one run- an _eq file was created by dcm2niix and for another fmap run- no _eq file was created. Do you have any explanation for such a behavior? (no missing dcms, same sequence, different handling by dcm2ni…

WE MIGHT HAVE MISSED THE PROBLEM (IF WE WERE USING A DIFFERENT NIFTI CONVERSION TOOL)- IT WAS NOTICED ONLY AFTER A DCM2NIIX WARNING APPEARED DURING CONVERSION!

BTW, do you have any recommendations regarding the time difference between a field map scan and the matching bold data?
or- how “stable” is the field (I can test our data, but I’m wondering if some general advise exists…)