Dear all,
My output from the fmripreproc preprocessing looks very strange!
The co-registration is way off and the striatum has been moved to the frontal cortex?
Does anyone know why this might of happened? I did not use skull stripped images - would this help?
I’m attaching example Asym_desc_prerpoc_T1
Faith 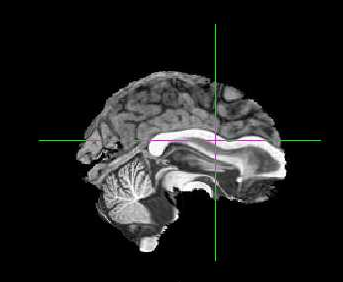 Here is an example html file:

Hi @fborgan, can you post a full report? I’m afraid brain extraction is horribly failing for you.

Brain mask and brain tissue segmentation of the T1w

Nonlinear mapping of the T1w image into MNI space. Hover on the panel with the mouse to transition between both spaces.

The qform has been copied from sform.
ROIs in BOLD space

Brain mask calculated on the BOLD signal (red contour), along with the masks used for a/tCompCor.
The aCompCor mask (magenta contour) is a conservative CSF and white-matter mask for extracting physiological and movement confounds.
The fCompCor mask (blue contour) contains the top 5% most variable voxels within a heavily-eroded brain-mask.

Summary statistics are plotted, which may reveal trends or artifacts in the BOLD data. Global signals calculated within the whole-brain (GS), within the white-matter (WM) and within cerebro-spinal fluid (CSF) show the mean BOLD signal in their corresponding masks. DVARS and FD show the standardized DVARS and framewise-displacement measures for each time point.
A carpet plot shows the time series for all voxels within the brain mask. Voxels are grouped into cortical (blue), and subcortical (orange) gray matter, cerebellum (green) and white matter and CSF (red), indicated by the color map on the left-hand side.

Hi @oesteban,
Is that the report that you were referring to?
Any suggestions would be greatly appreciated!
Thanks,
Faith

Can you zip together the sub-021.html file and the corresponding figures under sub-021/figures/*? You will find these files under /home/k1204852/fmri_data/data/resting/output_folder/fmriprep.

Hi @oesteban
Yes ofcourse. Unfortunately, I cannot upload these formats in Neurostars.
You can view these files from my googledrive account: https://drive.google.com/drive/folders/1W3U5c9sa68tRZNFa2JizUTdpabU_sBIm?usp=sharing
Thanks in advance for your help!
Faith

Hi @fborgan, this looks very much like fMRIPrep bad anatomical/T1 segmentation. Could you have a look into that issue?

Hi @oesteban,
Great, thanks.
It looks like the main advice from the thread was to delete everything and re-run the analysis. Is there anything else that you would recommend doing in addition to this?
Thanks,
Faith

I believe removing the work directory should do

Did wiping the working directory work out?

Hi @oesteban,
I re-ran everything but the output still looks quite odd - please see attached.
Do you think it would help to do the brain extraction first?
Thanks,
Faith

I think you are still reusing the work directory. Could you double check? Any possibility you could get us those data for us to replicate?

Hi @oesteban,
I deleted everything from the work directory and made a new output folder (output2).
Yes ofcourse - you can download the structural and functional files for 1 subject (shown above) from here: https://drive.google.com/open?id=1vuPcADqugafYKhW4DYdONEweR3fh1fLK
Thanks,
Faith

I’ve tried running it again and the output looks better. 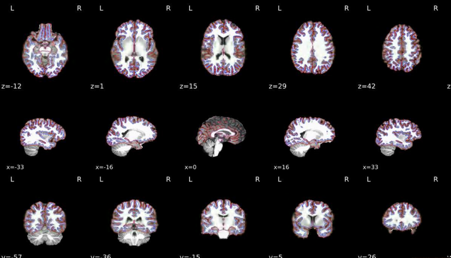 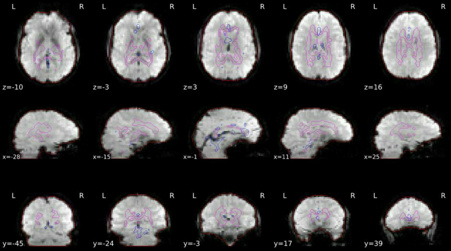