I have an atlas and a mask in the same space. The atlas has 10 labels encoded as integers from 1 to 10.
I want to register the atlas to my subject’s functional space. I have tried both SPM co-register and AntsPy with SyN algo but they both fail to produce nice results. 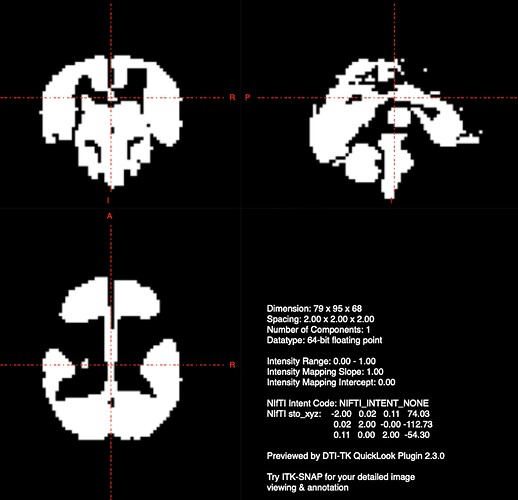 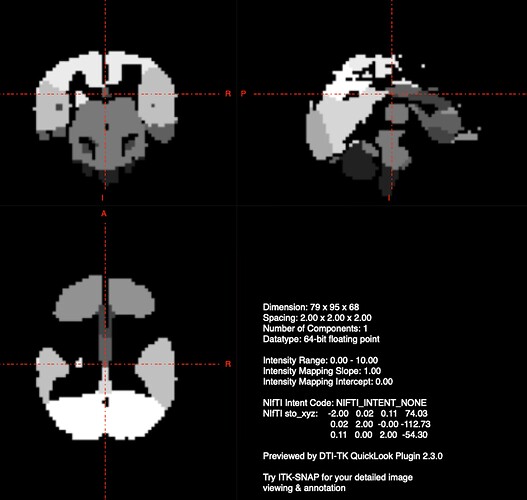 And the target functional space: 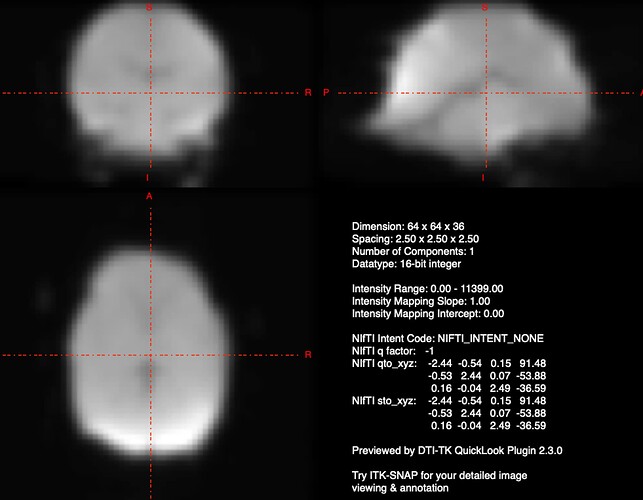 What kind of images are these? I am curious

For registration, you may better try with a T1w version of the atlas, or any kind of image in the atlas space with a continuous contrast, if you have that available.
Do you also have a T1w image of your subject, that could be use as an intermediary target for registration?

Besides, your functional image looks to have been already smoothed, is that the case? Do you have another image less smoothed with better contrast?

Finally, did you try to look both images (functional and atlas) to see if the images are far away in world coordinates? You may use some viewers such as FSLeyes or SPM to check this.

I think there might be at least a couple ways to do this:

Still, as jsein suggests, this is probably not the best approach if you can get the template the atlas is based on - maybe some version of an MNI space template, for instance. Also, we tend not to align functional data directly to any template, but instead use the anatomical, structural dataset for that alignment. The functional data you have shown has little structural detail, and that will allow a fair bit of wiggle room, so an anatomical dataset generally is better. Then we align the functional data to the anatomical data and concatenate the transformations to align to a template and use related atlases. That concatenation usually involves motion correction and obliquity handling in AFNI. Inverting the whole chain of transformations allows the atlases to be used in the native space.

Thanks for the replies.