Help to go from fMRIPrep to SPM 1st level analysis?

I am a bit confused as to which files I should use in SPM in order to produce the design matrix.

2nd trial, I tried to follow the instructions that were presented in this thread from SPM archives that I found from a topic that was raised in Neurostars. For this trial I used the L + R GIFTI files (derivatives/fmriprep/sub-001/func/sub-001_task-slac_acq-TR2000_space-fsaverage5_hemi-R.func.gii and sub-001_task-slac_acq-TR2000_space-fsaverage5_hemi-L.func.gii) which I meshed according to the instructions that I found in the thread. Again, the design matrix doesn’t look correct (attached SPMmat_from_GIFTI).

Do you have any idea on what may be wrong?
Thank you for your time!! 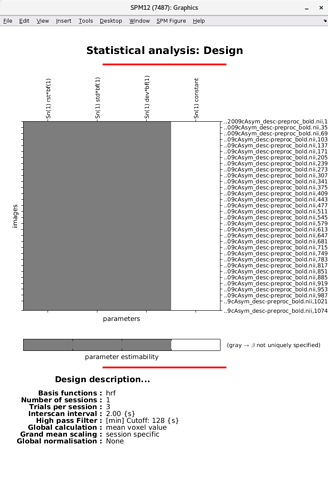 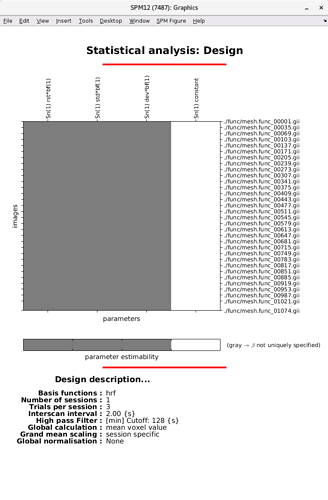