Running this, I get the following output:

And in my Nifti folder, I get no .json outputs except my participants .json.

It looks like it’s not recognizing the identifiers I give in my dicominfo.tsv file but I’m not sure why, or at least for some other reason it seems like it doesn"t manage to read the files. 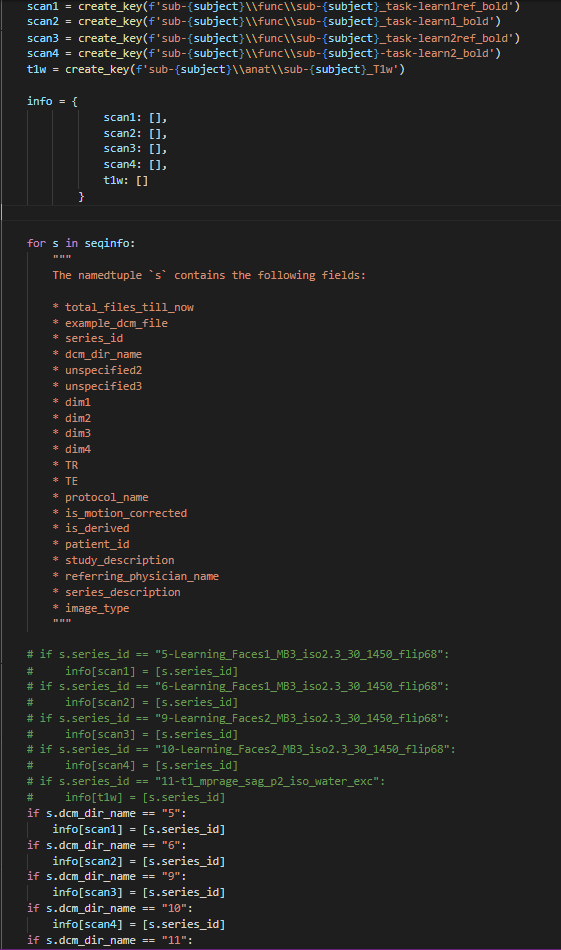 I’ve tried lots of different things, among them:

Not sure exactly what the issue is. Any leads welcome!

You can run with env var setting HEUDICONV_LOG_LEVEL=DEBUG to get more logging info – may be something would be useful. But I also noticed that you use windows paths (\) separator within your heuristic while running via docker so it would be “Linux” (/) inside. Try changing those and see if helps

Thanks for your reply! Tried playing around with the paths separators but it doesn’t seem to be the issue. I’ve been searching the heudiconv documentation on how to use the HEUDICONV_LOG_LEVEL=DEBUG setting, but don’t exactly understand how to use it - could you provide an example?

note also that you better first remove .heudiconv\THATSUBJ directory before rerunning heudiconv, since it would reuse previously discovered/created mapping on rerun. 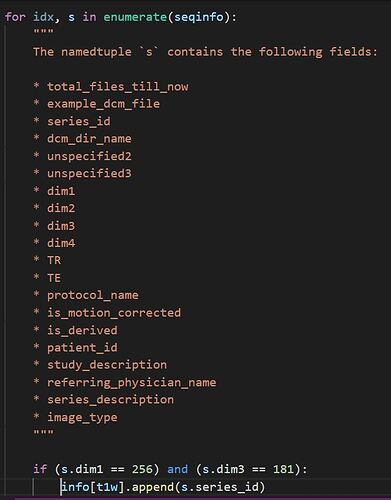 Big thank you to Peer Herholz for debugging the script with me!