How to run multi-echo data on fMRIPrep-docker?

Summary of what happened:

I try to use fmriprep-docker to run multi-echo data but the results did not combine the multi echos. I think that somewhere of my command need to be corrected but I have no idea right now.

The config.json is as below:

Data formatted according to a validatable standard? Please provide the output of the validator: 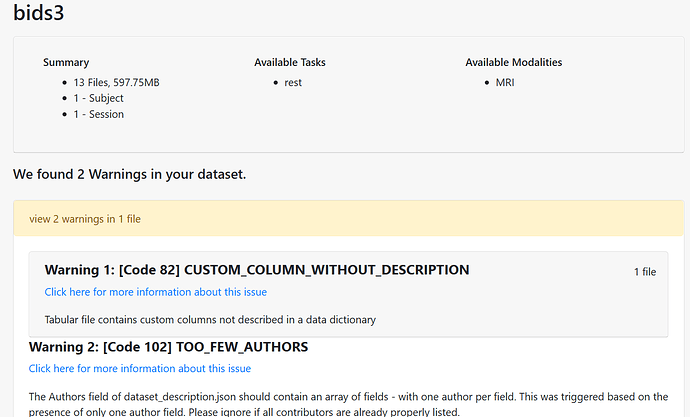 Hello all,
I am new to use fMRIPrep, and I have a confusing question about how to process multi echo data on fMRIPrep. What I have learnt is that first using dcm2bids to transform the raw multi echo data to BIDS, and then using fmriprep-docker to run the pipline(my PC is based on Windows).I don’t know if I understand right?
What’s more, I am not sure how to write the acquired config.json for multi echo data, since there seems no tutorials about it. I just try to use the basic command to run multi-echo data(since I read somewhere that fMRIPrep will automatically combine the echos) but the results seems to process the echo data seperately (just like single scho).
My command on PowerShell is like below,and I don’t know if it is right:
fmriprep-docker D:\bids2 D:\bids2\derivatives participant --participant-label 001 --fs-license-file D:\FClearning\license.txt --fs-no-reconall

I would really appreciate it if I can get any reply! Thanks a lot!

Hi @Andrea1, I moved this to the software support category and added the template above your original post. Please fill that out when you get an opportunity.

If the dataset is not valid BIDS, we can’t support that. In general, I would expect people to use a tool like BIDSCoin or Heudiconv to convert their datasets to BIDS, rather than using dcm2niix directly, which does convert the file formats and metadata but does not handle naming conventions.

Please provide a listing of your dataset (e.g., with the tree command).

dcm2bids has done the job it is suppose to do especially if you use BIDS validator to validate your BIDS structure. I’m pretty confident in your BIDS output. @effigies is right we need the output of the tree command. Something is off but so far with what you wrote I cannot say what is the issue. What is the fmriprep error ?

Hi @abore ,
Thanks a lot for your reply! I follow @effigies and your advice and use the tree command to get the data frame as bellow: 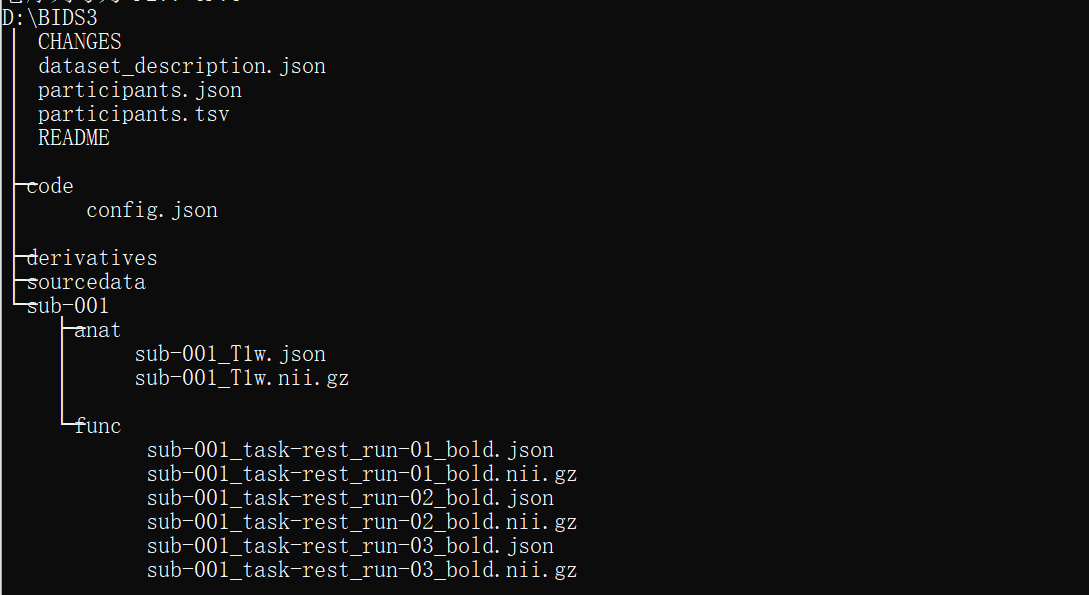 image1089×595 11.4 KB
The command on fmriprep run well and there is no error. But the results is not what I expected, since I use the multi-echo data and I thought that the fmriprep-docker will automatically combine these three echos but actually it’s not. So there must be something that I need to correct and I am trying to figure it out.
effigies January 14, 2023, 2:37am #6

Hi @effigies ,
Thanks for your suggestion! I rerun the dcm2bids and successfully change the filenames like you said, and it seems to combine the echos!
But another error comes out, it says that the fmriprep did not successfully finished.The html is as below: 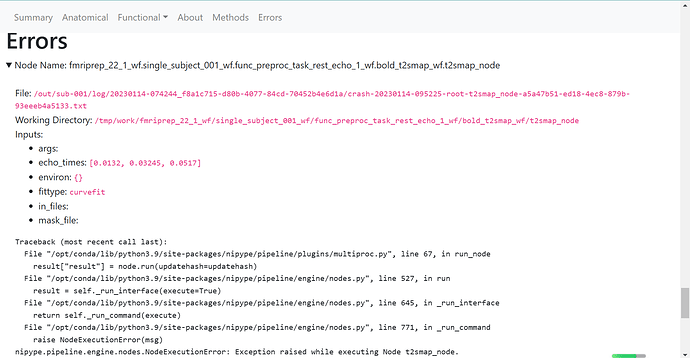 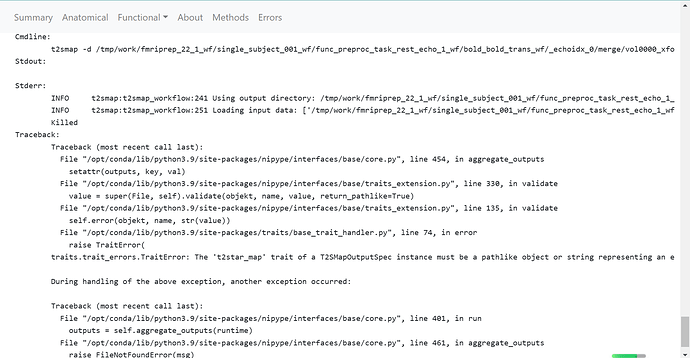 image1776×924 132 KB
FileNotFoundError: No such file or directory ‘/tmp/work/fmriprep_22_1_wf/single_subject_001_wf/func_preproc_task_rest_echo_1_wf/bold_t2smap_wf/t2smap_node/T2starmap.nii.gz’ for output ‘t2star_map’ of a T2SMap interface

I think that maybe the error has something to do with the pipline? And how does this problem be solved? Any of your advice can help me a lot,thank you!

Hi @Steven ,thanks for your suggestion!
I have try to change a working directory but the results still says fmriprep did not finish successfully. The error is a little different from the error above. But they all have something to do with T2SMap interface.

And the error is:

And before the fmriprep runs, there is a warning like:
<8GB of RAM is available within your Docker environment.
Some parts of fMRIPrep may fail to complete.
I don’t know if this is the cause of the failure?

What is the output of BIDS validation after running your new dcm2bids configuration? 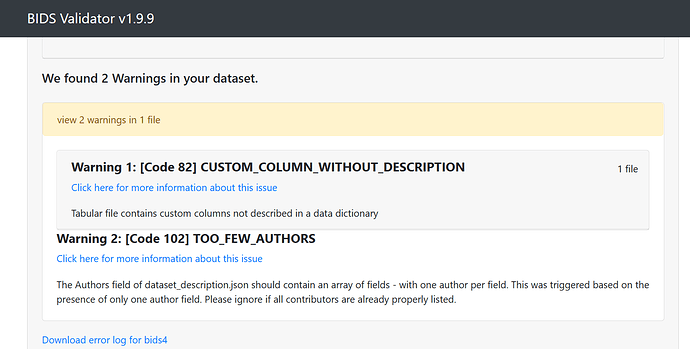