Is the final preprocessed BOLD image returned by fmriprep not skull-stripped?

I’m fairly new to fmriprep, and have been using a custom pipeline my lab uses so far. The thing is, once the pre-processing is done, we generally parcellate the brain into a fixed number of ROIs (Regions of Interest) using different Atlases.

The issue I’m running into is that the final preprocessed file (sub-02_task-rest_space-MNI152NLin2009cAsym_desc-preproc_bold.nii) returned by fmriprep does not appear to be skull-stripped. The approximated brain mask looks pretty accurate. Even in the visual quality assessment reports, the brain boundary is clearly marked in the brain signal. Yet, the final image is not skull stripped as shown below: 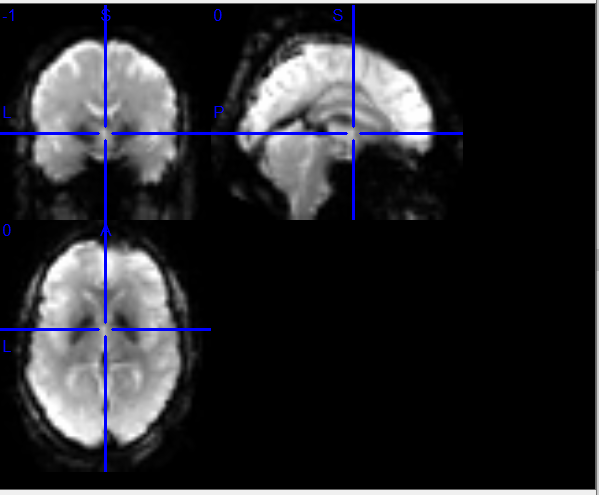 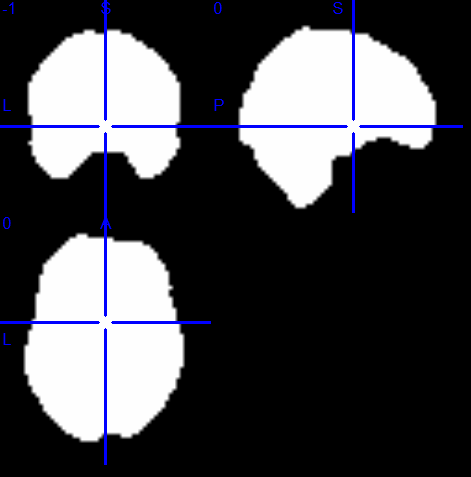 However, when I run my lab’s custom scripts, the final BOLD preprocessed image is skull stripped as shown below. This is the final image we run the parcellation scripts on. 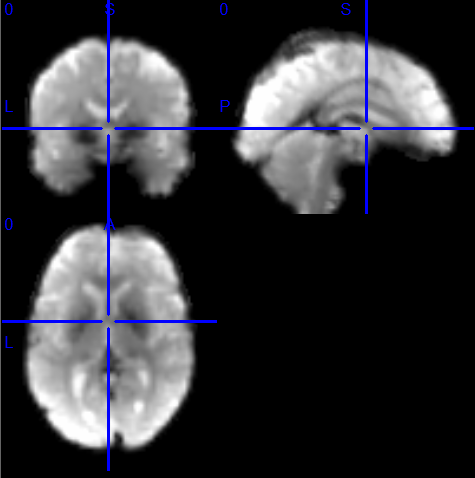 Is the fact that there is no skull-stripping in the final fmriprep BOLD output an error? Is there a way I can obtain a skull-stripped output BOLD file from fmriprep?

I’m going to interpret this question in the spirit of “I want to make voxel-to-voxel comparisons between two preprocessing pipelines.” For that, I think even resetting the bounding box would be insufficient, as there’s no guarantee that your voxels are actually aligned. You’re better off performing a rigid registration with AFNI’s 3dvolreg, antsRegistration, FreeSurfer’s mri_coreg, FSL FLIRT or SPM’s coreg. This should handle both alignment and resampling, at which point you will have results as close as possible to comparability. You could also try something like mri_robust_register to output to a halfway space, to ensure that both images are equally distorted by the registration.

An alternative is to perform voxel-wise comparisons in the template MNI space, and then perform some summary statistics of interest in the T1w space, to explore further.

Is the fact that there is no skull-stripping in the final fmriprep BOLD output an error? Is there a way I can obtain a skull-stripped output BOLD file from fmriprep?

That is the case, and yes, you can apply the brain mask found next to the BOLD series.

Hi @rosaleen, thanks for the question. The desc-preproc_bold.nii.gz files are not skull-stripped, but we provide a mask desc-brain_mask.nii.gz files that are in the same space. This is generally useful for assessing the quality of the mask. Because many tools allow you to load a BOLD series and a mask simultaneously, it seemed wasteful to output a second time series with the mask applied. However, if you need it, you can get a skull-stripped time series with fslmaths: fslmaths sub-11_task-rest…

91x109x91 is the matrix size of FSL’s MNI template with 2mm isotropic resolution.

You can get that kind of preprocessed file out of fMRIPrep by setting MNI152NLin6Asym:res-2 among the parameters given to the --output-spaces argument.