Dear all,
I have an issue regarding the nipype version when running MRIQC.

Let me explain:
Background
I installed MRIQC and MRIQC WEB API on my local machine, to post IQMs on a local server each time MRIQC is executed on a local dataset. For, this reason I downloaded the 2 Git Hub repositories (mriqc & mriqcwebapi), and I set some configurations (secret token and API URL). Then, I tried to run MRIQC on the dataset with my specific “web api url http://localhost/api/v1”.

Even if the task is finished successfully, I think it may affect the MRIQC job, especially with a specific “web api url”. As a result, An error of failed connection is generated: 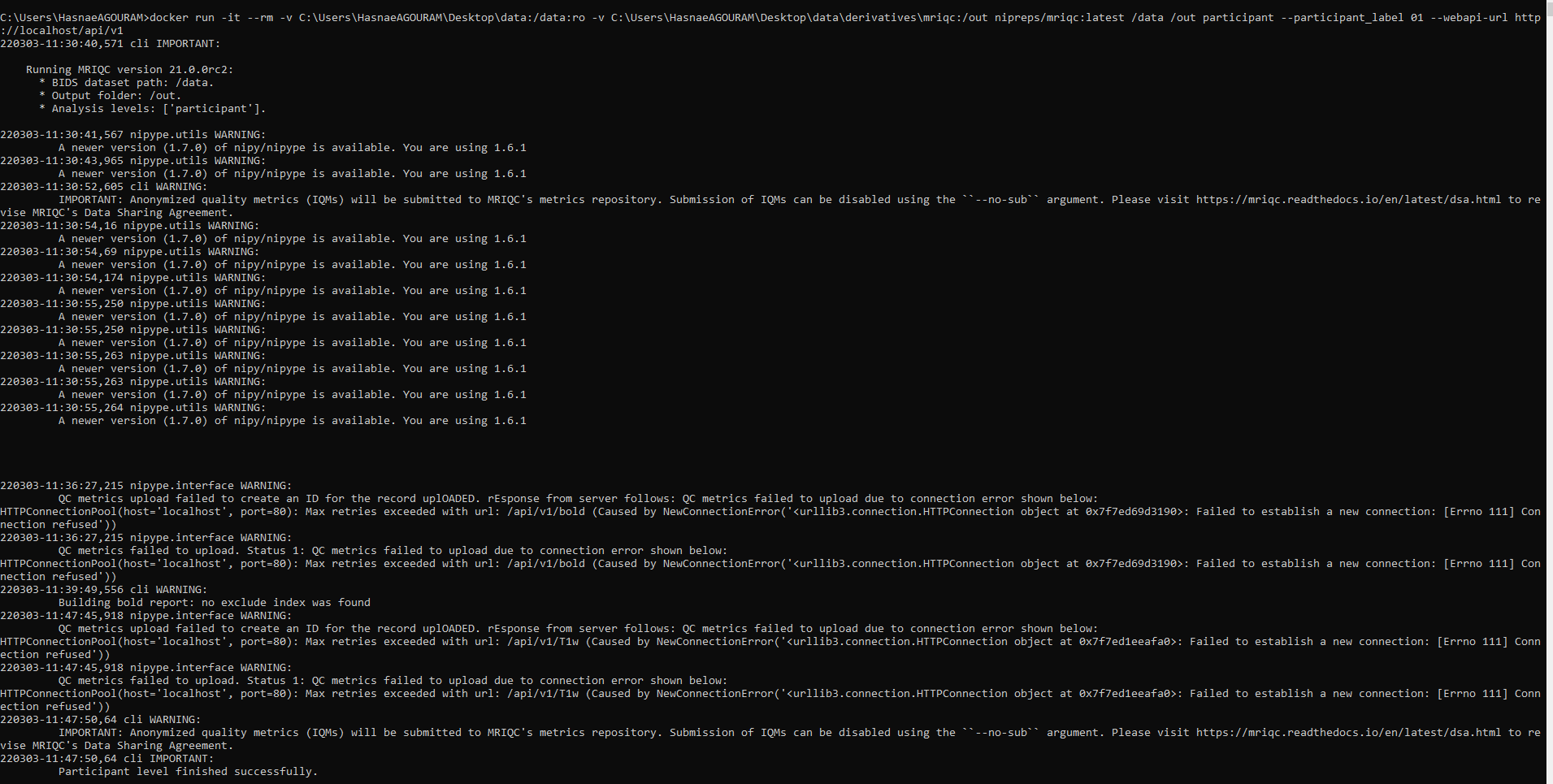 Any help would be appreciated, thanks!