I would like to find a solution for this problem. Maybe I can fix the orientation by myself in the nifti files, but it doesn’t seem to be simple.

If when you display the image in FSLeyes for instance the labels are wrong or not present, here is a procedure we use with Non Human Primate images:

The solution lies in in two lines using AFNI and FSL: First you need to look at the data storage (in FSLeyes for example) (you have to determine toward each direction each dimension is increasing):
If for instance:

Other tools to reorient data that could fit your needs are:

You can also use MRIcroGL to resolve this graphically. Choose Import/Tools/Rotation. It will guide you to sequentially select the axis that best represents Left/Right, Anterior/Posterior, Inferior/Superior. It re-slices the data to canonical NIfTI space, so it is probably not a good choice for EPI data where you want to apply slice time corrections (though human EPI sequences are typically axially acquired, in which case this method works). 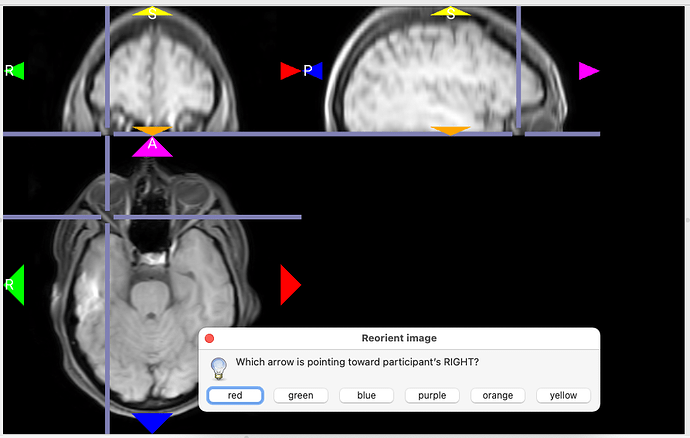 Missing or incorrect coordinate information is an important and all too common problem in FMRI/MRI data. With this kind of problem you have posted here, I typically do something that’s a combination of jsein’s and Chris_Rorden’s approaches. If you know the storage orientation, then you can skip most of these steps and just use 3drefit, but most of the time, I’ve found that is not the case. If the data is viewable but in a weird, wrong direction (orientation is upside down for instance), then follow these steps:

What this procedure does not do is preserve any oblique information in the data. We have also pointed out in the past that the left and right are typically not easy to distinguish because most brains are symmetric enough to make generalizations difficult to establish. This is unfortunately common (see link below). We do have a test for left-right flipping as a check_flip option in align_epi_anat.py that we typically recommend calling through afni_proc.py. This test works by comparing two datasets, typically EPI and anatomical datasets, to see if there is an inconsistency.

If I can find some time, I’ll try to make a short video of the to3d method to determine orientation. 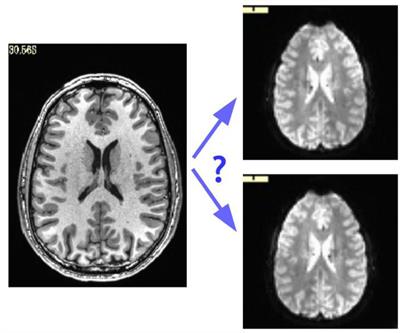 Knowing the difference between left and right is generally assumed throughout the brain MRI research community. However, we note widespread occurrences of left-right orientation errors in MRI open database repositories where volumes have contained...